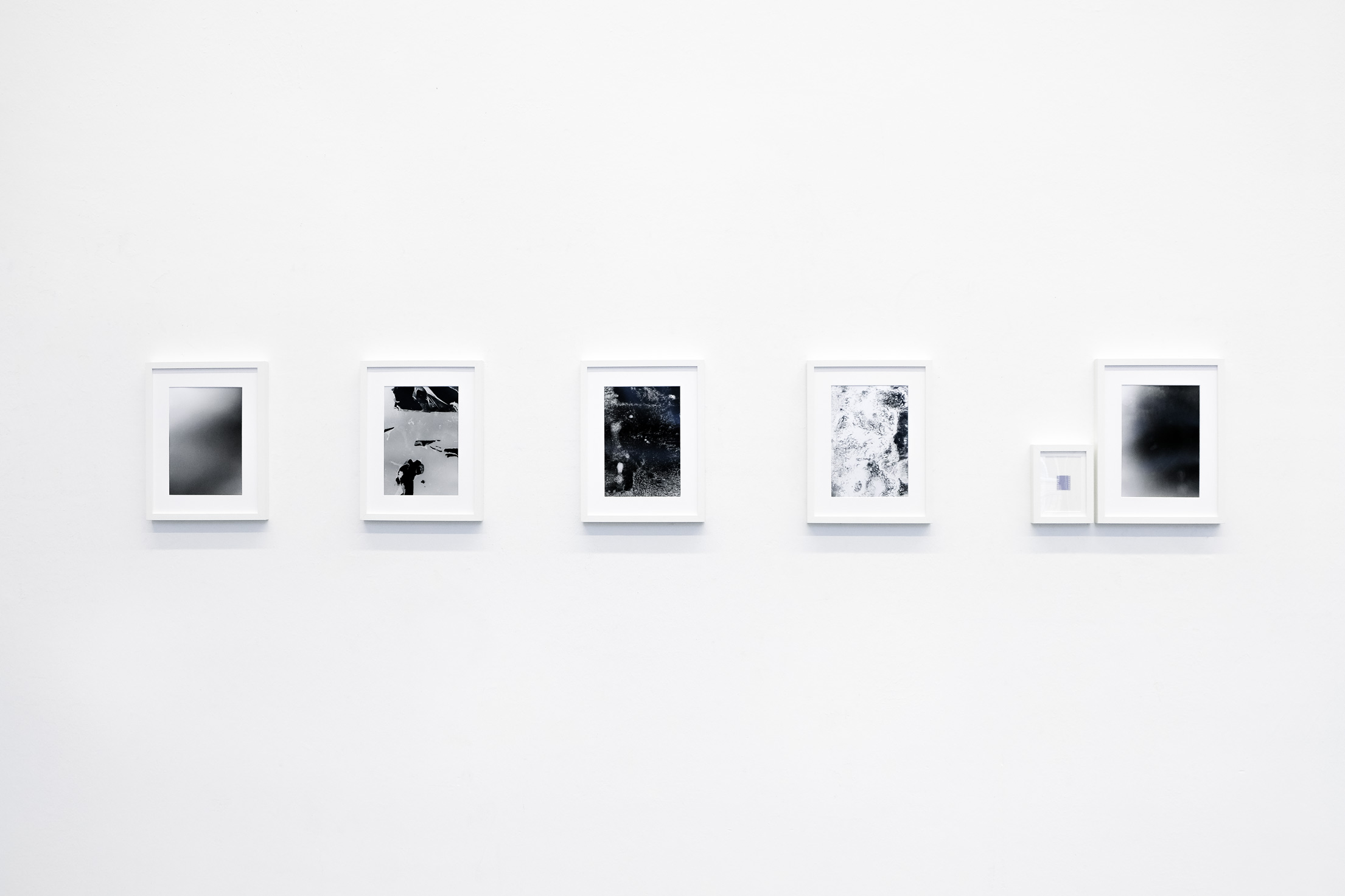 Offline Images is a range of photographs of which no digital copies exist. Each individual image of this series has been developed from a single photo negative. The negative was treated with chemicals and modified after a single development in the darkroom, before a new print was made. The untreated image shows a non-figurative motif, in this specific case a grayish gradient.

In the first two steps, the negative was placed into an acidic liquid. Thereby it was possible to observe how the emulsion of the negative partially detached in the first phase and started to dissolve during the second phase. After destroying the image material, black pigments were added onto the negative, which contained the remaining emulsion, using a mixture of acrylic paint and water. After a final treatment with an acidic solution, the emulsion and the pigments completely dissolved from the picture carrier. The finished work shows four original pictures, of which only one print and no longer reproducible copy exists. In addition, a print of the destroyed negative was developed and presented together with the physical negative. 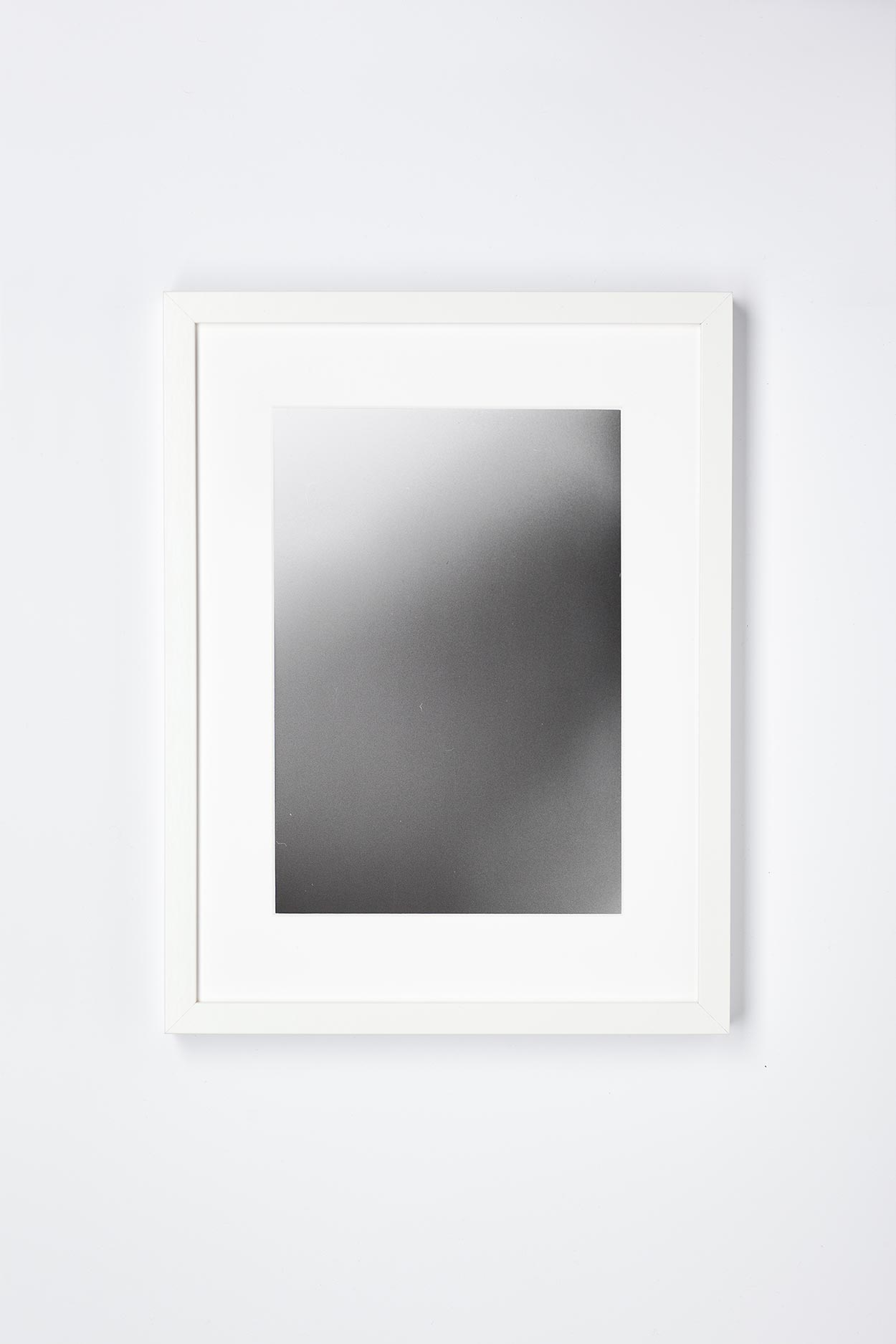 Personal Work, 2019
Part of my Final Thesis In / Between 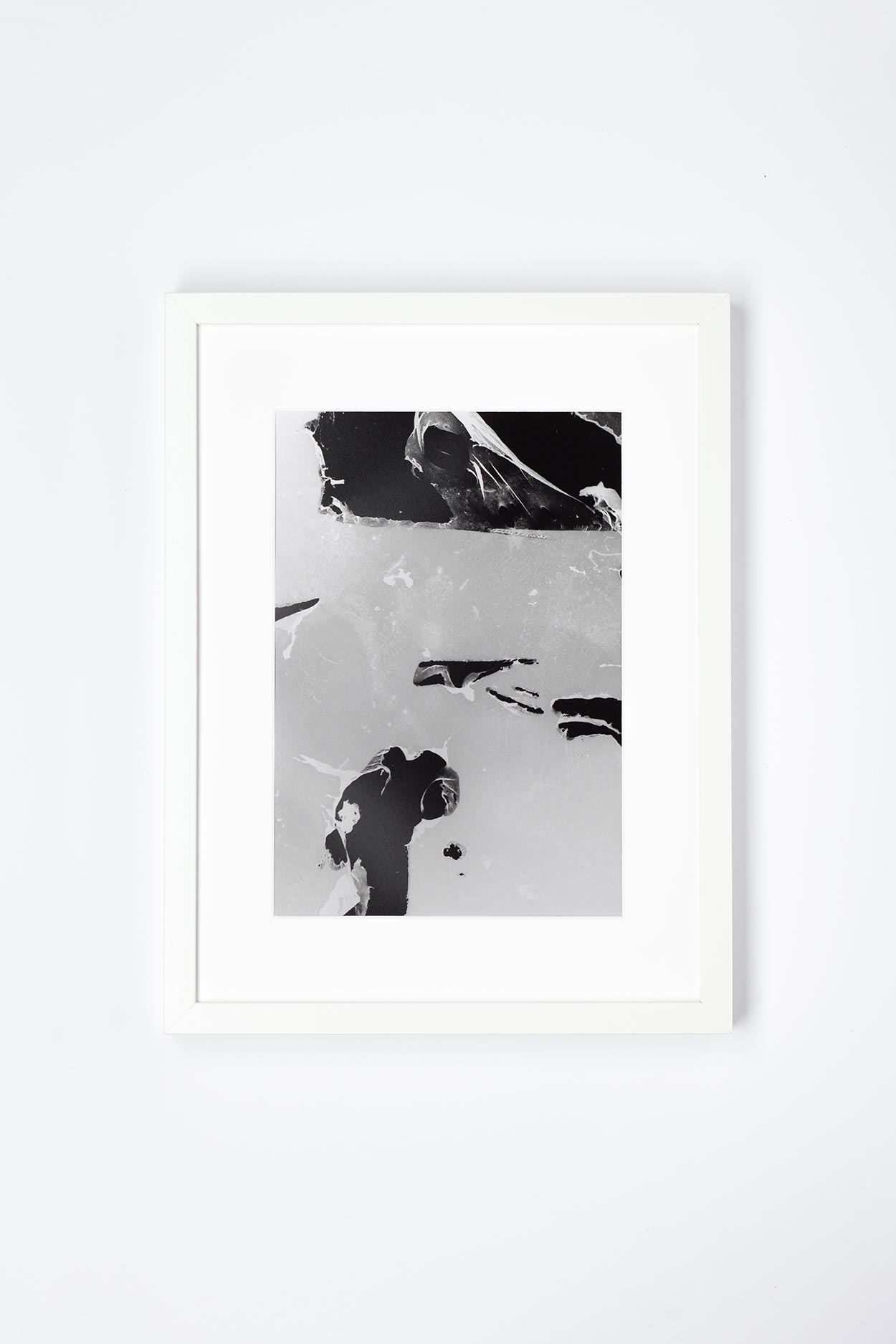 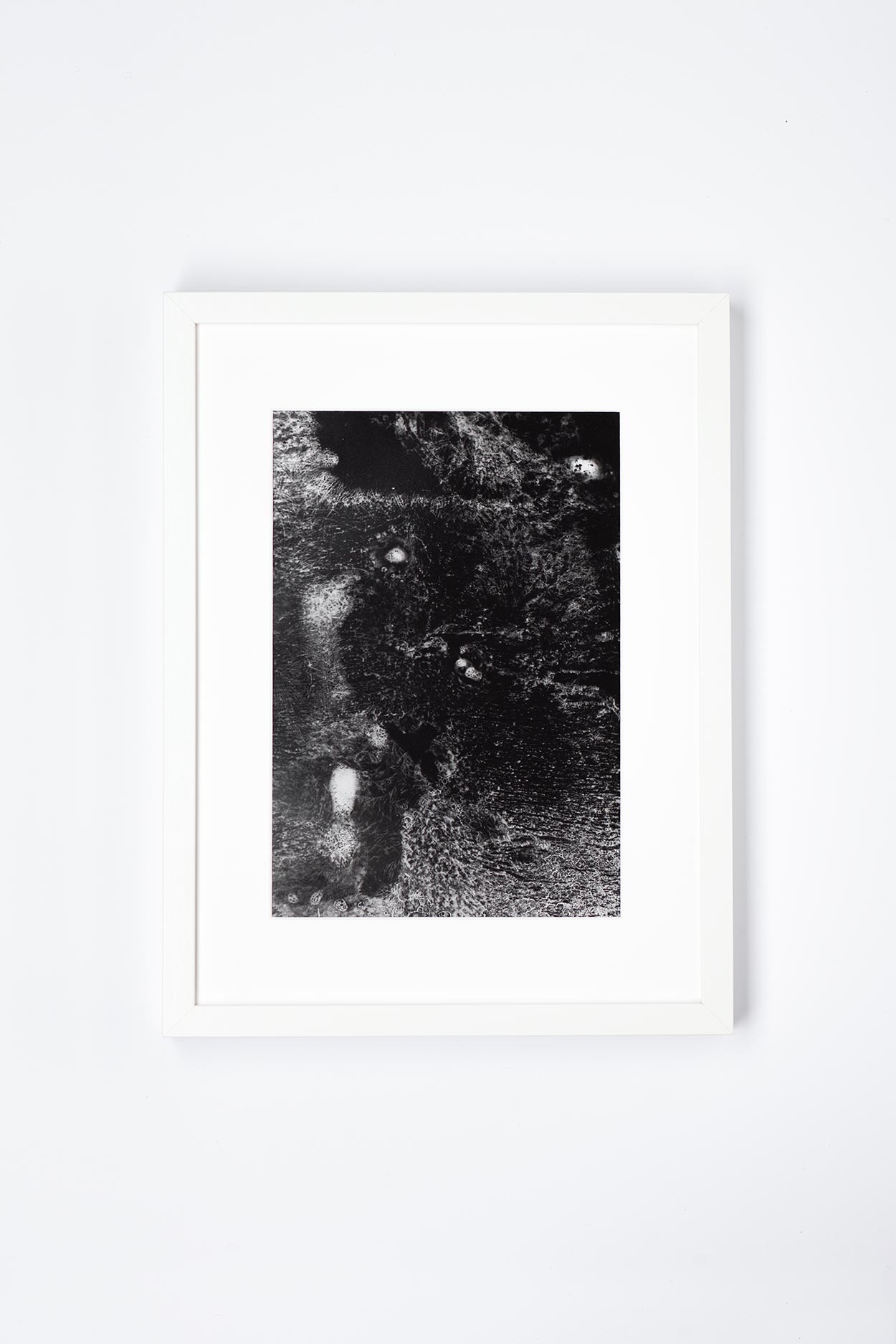 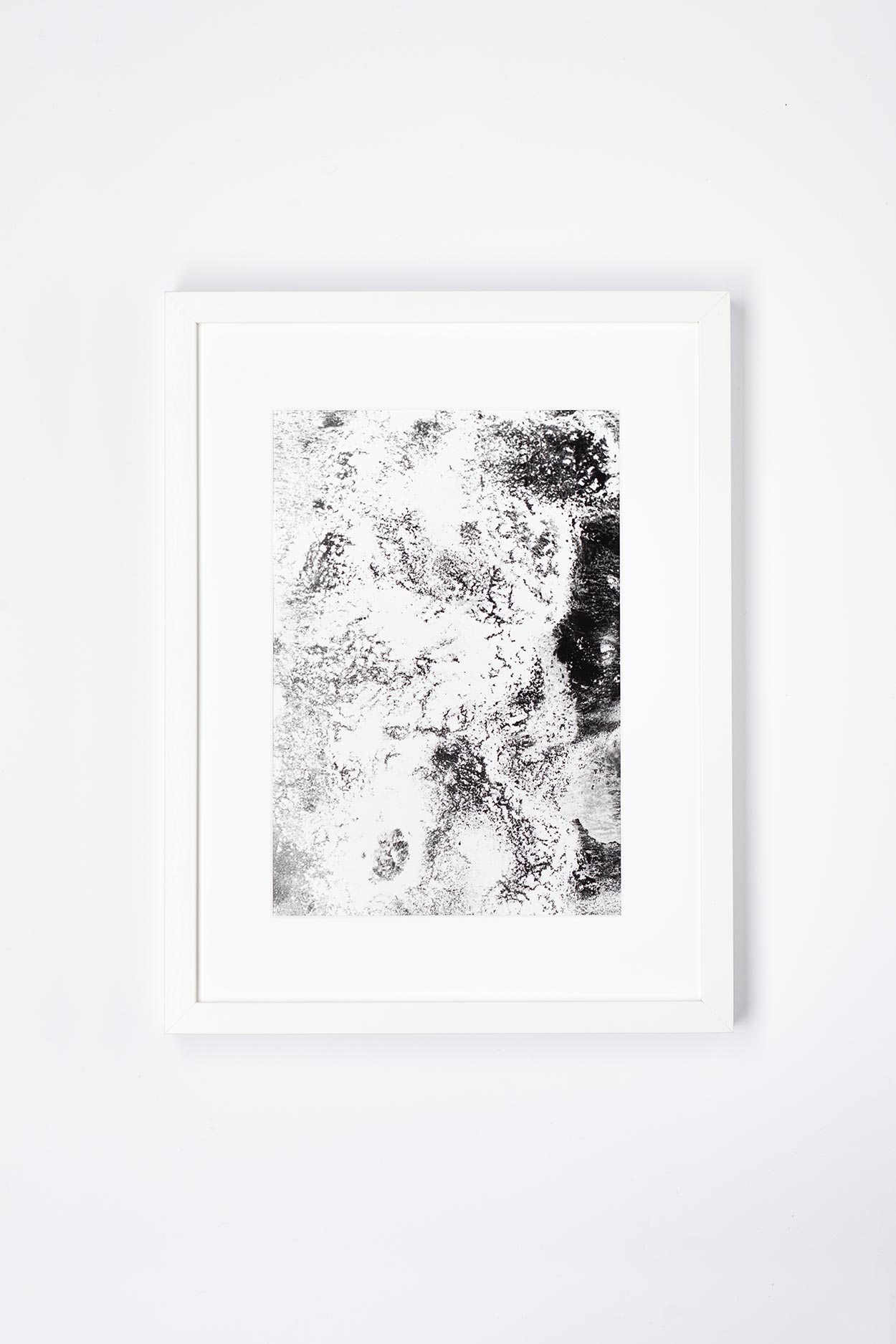 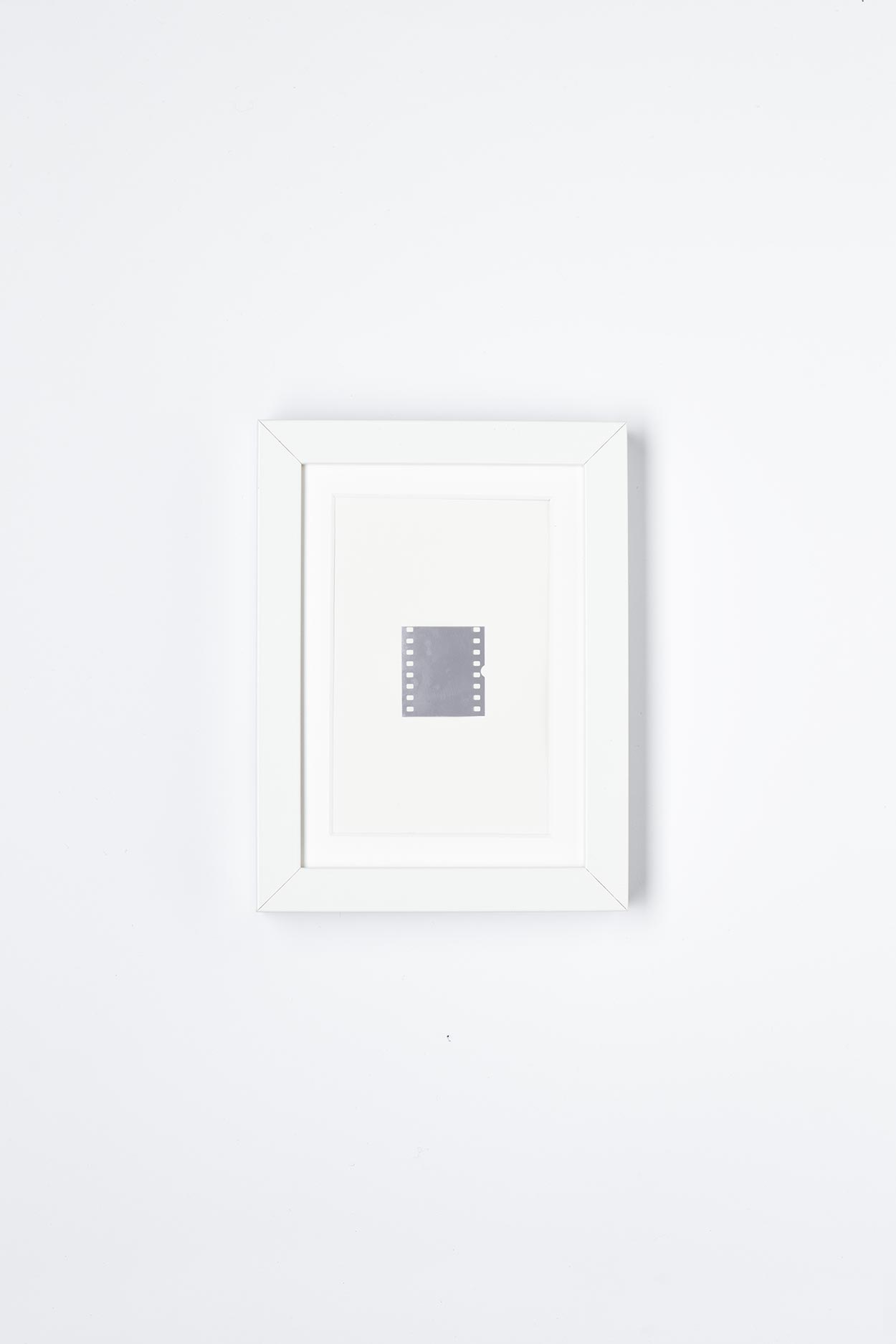 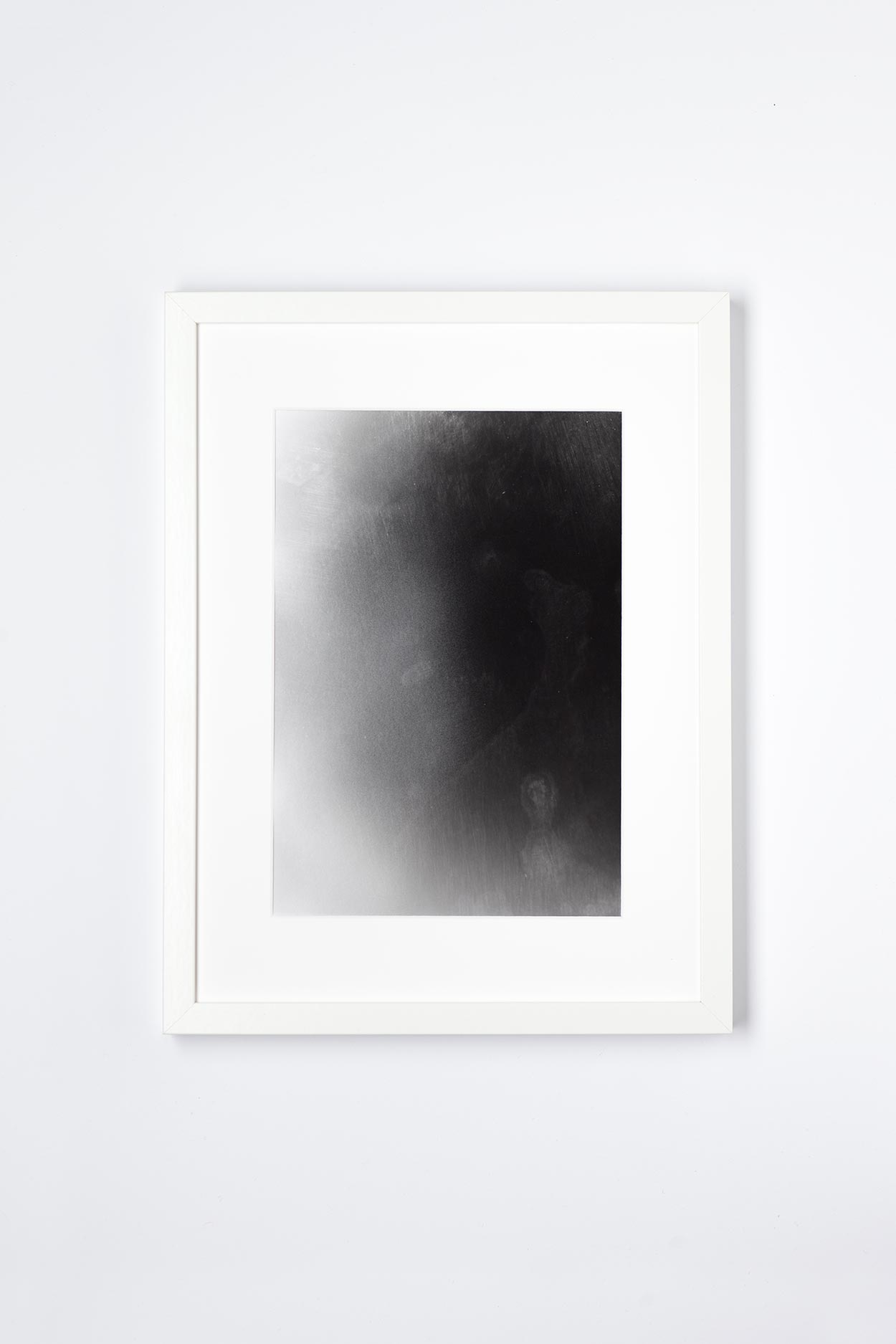 Next Project →
All Projects ←